Amazing story written by Trevor Dineen of CBC speaks about his personal struggles with OCD.

When I walk into an airport bathroom, like I did last week on my way to Vancouver, I hear the flushing, running taps and hand dryers. But I also hear something else.

Now why on earth would I do all of that?

Welcome to the inside of my brain. I have obsessive compulsive disorder. I’ve had it for over 15 years. And to be honest, it almost took my life.

The next thing you know, it was taking me 90 minutes to get in and out of a bathroom. It would take me 75 minutes to get into bed. I’d have to walk around cars 25 times when I got out of them. I had between 200-300 compulsions that took up four to five hours of my day.

I quit my job, dropped out of school, and pulled away from all my friends. I was wasting away, mentally and physically. A year and a half went by and all I did was get worse. Finally my parents found me collapsed and crying on their basement floor. It was Christmas Eve and and I had just finished doing all of my routines and compulsions in front of my entire family and relatives.

It was my rock bottom.

My mother, Carol Dineen, eventually opened up to me about how terrified she and my father were in those moments. “Watching my son deteriorate to the point where we knew if we didn’t get you help, we were going to lose you,” she said. “I knew that in my heart. That’s why it was so important to find you help.” 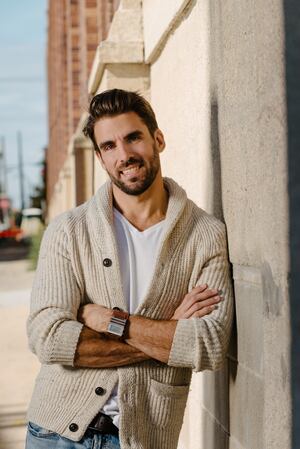 Trevor Dineen (CBC)Help, in my world, came in the form of Dr. Willows. He’s a psychiatrist at Seven Oaks Hospital in Winnipeg. He’s the one that saved my life.

When I had the chance to revisit him recently, he told me, “You presented with the perfect illness. You came in with everything people say about OCD. Because you had everything. Remarkable obsessions, very time-consuming compulsions and hours upon hours of routines.”

Without him, and the months of cognitive behaviour therapy that he guided me through, I don’t know where I would be today.

But it’s not gone. I still have compulsions. They rear their ugly heads whenever I get stressed or I’m concerned for someone I love. But overall, they’re much more manageable now. I know I’ll always have them. A handful or more will always linger, and I have to be okay with that. It’s just become a part of who I am.

And it’s a part I’m okay talking about. Because at the end of the day, I hate the idea of anyone ever feeling as lonely and as scared as I did. So hopefully, this helps. Even a little bit.

The Boy Who Couldn’t Stop Washing: The Experience and Treatment of Obsessive Compulsive Disorder, by Judith L. Rapoport

When Once Is Not Enough, by Gail Steketee and Kerrin White

Stop Obsessing!: How to Overcome Your Obsessions and Compulsions, by Edna B. Foa, and Reid Wilson